Our Trip To KISS Live In Berlin!

After our flight to Berlin (Germany) we took the train to our hotel in Berlin-Spandau, checked in and headed over to the Waldbuhne. We arrived there at 2:30 PM and went straight to the gate. Not many fans were there yet, so we hoped for a good spot at the show. With a delay of 1 hour, the gates went open at 6 PM and as soon when they're open we had to run down a lot of stairs. We were fast and managed to get front row on the left of the stage, a.k.a. Gene's place!
The crew was still preparing the stage for the show and looking at the spider, we directly noticed that it was smaller than we had saw it on pictures before. So, we were afraid that maybe the spider will be not working this show, because the stage was to small and not high enough. We heard that the show will be starting sooner as usual.
At 8:15 PM it was time, we heard the wellknown announcement; You Wanted The Best, You Got The Best, The Hottest Band In The World... KISS! The curtain dropped and KISS started with Psycho Circus and sadly, the spider didn't work, the band didn't came down on the spider, but walked on stage! But the party was on as soon the band played their first song.
With the spot we had, we could see everything and we took some awesome photo's. It was great to see KISS again when we saw them on the KISS Kruise II 7 months ago. We can't get enough of them, lol.
During War Machine Gene breathes fire and after Out Of This World Tommy & Eric did their jam with the cool bazooka ending. Because of the small stage, Gene didn't fly during his bass solo and Paul didn't fly over to the B-stage! As a open air show there was a lot of pyro and bombs during and after the show. The band sounded great and played till 10:10 PM.

At the merchandise boot, they sold not all the merchandise and all was in the censored ZZ logo. They didn't sold the tourbook, Monster Hoodie and some of the T-Shirts.
We stood front row and the show and we shoot a lot of great photo's! Here's a selection, enjoy...


Also enjoy our video of Psycho Circus the opening of the show...

Great review of the Berlin show,shame we didnt bump into each other.
Hopefully see up on the Kruise

I've enjoyed your video of Berlin! 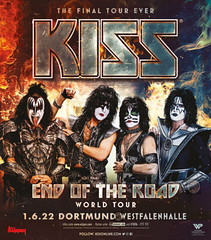 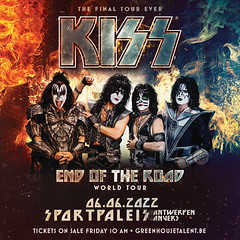 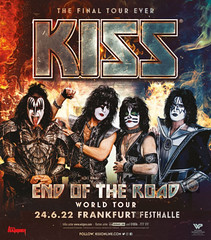 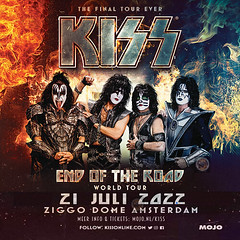 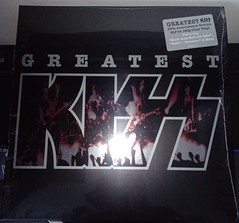 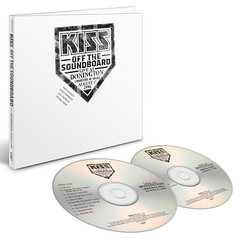 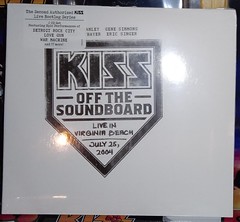 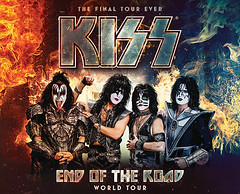